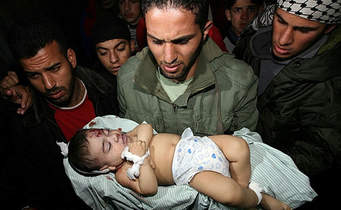 While these gruesome images have been released by acredited news agencies including Reuters, Agence France Press and the Associated Press, they are casually dismissed, they are not considered as “reliable evidence” of war crimes.

There is, in this regard, a deliberate media coverup of Israeli sponsored crimes and atrocities. Civilian casualties continue to be presented in media reports as “collateral damage”.

Laser guided missiles and “smart bombs” are very precise. They rarely miss their target. When residential buildings, schools or hospitals are targetted, this means civilians will be killed. These actions, ordered by Israel’s IDF are quite deliberate. They are carried out with meticulous acuracy.

The atrocities in these pictures are beyond description. Israel has being using, quite deliberately, deadly “weapons of mass destruction” in the real sense of the word against Lebanese civilians.

Israel is involved in crimes against humanity and the so-called international community unreservedly supports Israel’s right to “self defense”.

Moreover, in providing a green light to Israel to continue its criminal bombings for another week, the Bush adminstration is directly responsible for these atrocities.

No compassion on the part of Western leaders. “War is good for business”. The killings are for profit and political gain.

The entire Western meda is silent, focussing ad nauseam on the alleged terrorist actions of Hizbollah, its “links to Iran and Syria”, the rescue of Western expatriates, etc.  But not a word on the destruction of an entire nation. What Israel is doing, in a very concrete sense, is “wiping Lebanon off the face of the map”, to use a familiar expression.

By destroying its civilian infrastructure and killing its people, Israel “questions Lebanon’s right to exist” as a sovereign nation.

Is this what is called “the clash of civilisations”?

We are dealing with the criminalisation of the Western media. If atrocities of this nature are not reported or acknowledged, what are the implications? The end of “civilised society”?

There can be no double standards. If G-8 leaders and the UN Secretary General do not speak out explicitly, not only in condemning but in taking concrete actions against Israel, they too are collectively responsible for crimes against humanity.

It is time for the real war criminals, the real terrorists to be prosecuted. Extensive sanctions should be adopted against the Israeli government.

Political leaders and diplomats who endorse the Israeli sponsored killings must understand that they too can be prosecuted within their respective jurisdictions. 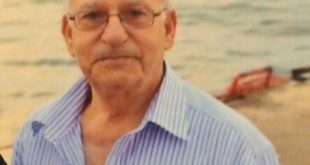 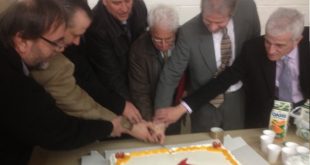