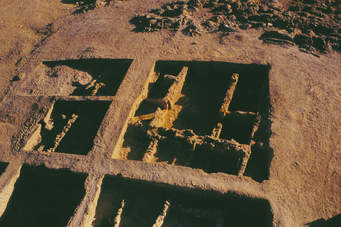 شاركها
Archaeologists believe they have uncovered the world’s oldest known city , Hamoukar, located in a remote part of Syria located between the Tigris and Euphrates rivers.

Archaeology is commonly defined as the study of historic or prehistoric people and their cultures by analysis of their artifacts, monuments and relics. Thanks to recent discoveries in the Middle East, archeologists have many years of study and analysis ahead of them.

Archaeologists believe they have uncovered the world’s oldest known city in a remote part of Syria located between the Tigris and Euphrates rivers. Hamoukar is situated in what the Syrians call the gezira, or island, between these two rivers. The find leads scholars to believe that cities rose earlier than previously thought. Until this discovery, the cities uncovered by archaeologists dated back to 4000 B.C. These were located in southern Mesopotamia. This area is now known as Iraq. This region has often been referred to as the “cradle of civilization.” Now, this term might be more aptly applied the city more recently discovered in Syria.

This archaeological discovery in Syria could mean that civilizations were advanced enough to reach the size and organizational structure that was necessary to be considered a city could have actually occurred before the advent of a written language. Previously it was believed that a system of written language was a necessary predecessor of that type of complex city. Most importantly, the archaeologists believe this apparent city was thriving at least 4000 B. C. – which is 6,000 years ago and functioning independently from Sumer. Until now, the oldest cities with developed seals and writing were thought to be Sumerian Uruk and Ubaid in Mesopotamia, which would be the southern one-third of Iraq today.

The discovery at Hamoukar suggests that some of the fundamental ideas behind cities—including specialization of labor, a system of laws and government, and artistic development—may have begun earlier than they had previously believed. The fact that this discovery is such a large city is what is the most exciting to archeologists. While they have found small villages and individual pieces that date much older than Hamoukar, nothing can quite compare to the discovery of this size and magnitude. Discoveries have been made here that have never been seen before, Islamic, Hellenistic and sixth millennium BC materials alike.

Scientists from the University of Chicago’s Oriental Institute dug down beneath the already existing town called Tell Hamoukar in northeastern Syria and were astonished to find what they believed to be a 13inch thick protective wall surrounding a city directly underneath Tell Hamoukar. Upon further investigation, this preliminary discovery was just the beginning of a huge archeological find.

The huge city is spread over 750 acres and is believed to have been home to up to 25,000 people. The archeologists found five large stone ovens large enough to feed huge numbers of people. This seems to indicate that this was a community with industries. These may have included bakeries and breweries. Also, astonishing is the fact that the living quarters were double walled with a 2-inch gap between the two walls to encourage airflow. This seems to be a primitive form of air conditioning since the summer temperatures in that region could reach 40C and above. Discoveries include stone gods, jewelry, porcelain figurines of lions, leopards, bears and horses, together with porcelain-like pottery, 7,000 beads, more than a hundred clay seals with hieroglyphics used to record trade transactions, and a large protective city wall.

The clay seals themselves have given the archeologists much information regarding this civilization. There was also evidence found with these seals that they were used in a crude but highly effective form of organization. These seemed to be used to mark goods as belonging to or being made by a certain person or group of people. A chart-like system of recording this information was discovered stamped into a nearby wall, causing further speculation regarding the advanced trade that may have been occurring in this city.

Many of the items discovered are believed to have been mass-produced by a person who specialized in the production of that item. This is further evidence that this was very definitely a city with it’s own industry and trade. The porcelain-like, egg shell thin pottery provides some of the clearest evidence of this specialization of skills.

Evidence has also been discovered on the diet of the citizens of this ancient city. They grew and ate wheat, oats, and barley, and they also raised domesticated animals for food purposes. The fact that these grains provided such an integral part of their diet is particularly significant because the site of Tell Hamoukar is located in a relatively arid area of northeastern Syria. Archeologists believe that the wheat, oats and barley grown at Tell Hamoukar in ancient times were not grown on irrigated fields. It therefore appears that the climate of northeastern Syria was once much wetter than it is today. This fits well with evidence from other ancient sites in the Near East which suggests a generally drying out of the climate of the ancient Near East

The name of this city is mysterious itself. Many translations of this word can lead to many different interpretations as to the origins of the settlers of this community. In Kurdish, Hamoukar means the deaf man or more specifically the man with no ears. Experts seem to be leaning towards the fact that there is a Sumerian word that is very similar. This word seems to refer to an economic or business center, which would make sense for this early city. It will probably be a few years if not more before more information can be discovered and analyzed to determine where the actual name is derived from.

Syria is a relatively recent destination for archaeologists. While excavations have taken place periodically during the past 150 years, it was the Gulf War and the isolation of Iraq, which led to an explosion of interest in Syria. With Iraq not being accessible for exploration, and many of its sites damaged, archaeologists have turned to its neighbor country of Syria. The excavation at Hamoukar, just a few miles from the Iraqi border, shows how amazing the results of this new interest may be. All eyes in the archeological community will be focused on Syria and the amazing discoveries being found there. 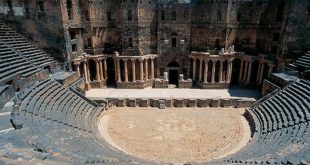 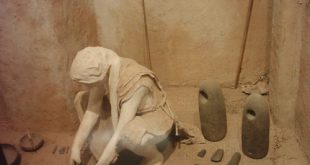 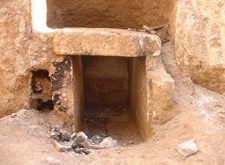